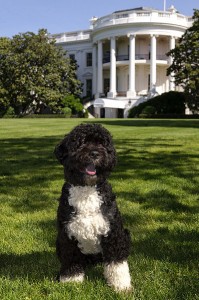 Training Bo Obama was Dawn’s job. There was a lot of buzz when the new first dog came to the White House in April . But there have been lots of work before Bo Obama made his first appearance.

“I knew just from having him with me that he was going to be a perfect dog for the perfect family,” said Dawn Sylvia Stasiewicz. She is the founder of Merit Puppy Training, who trained Bo for several months before a top-secret meeting at the White House.

“We all sat on the floor and I introduced Bo and he took right to them and they to him,” Dawn said.

“It was just a regular weekend with the kids and I happened to be there for them to meet the dog,” Dawn recalled.

The success of Dawn started when she trained Cappy, the dog of the late Senator Ted Kennedy. This led to relationship with the Kennedys that lasted 10 years.

“Going to their house was like going to a friend’s house,”Dawn said.

Dawn said that she will continue to train all dogs like top dogs.